No family is complete without Bears - and our family has lots of bears so it must be very complete. The Bears meet regularly for a Bear Convention when they listen to the radio (Tommy especially likes Christmas music but sometimes they have 1940s Radio) and discuss holidays. On Fridays they like to sit on a bed and watch a video - The Sound of Music is their favourite - and discuss holidays.

Tedz was the very first bear - he came from a shopping mall in Guelph. Heinz and Hans are from Westendorf and Tommy was a prize from an office raffle. The others just sort of arrived and stayed. And are very welcome. 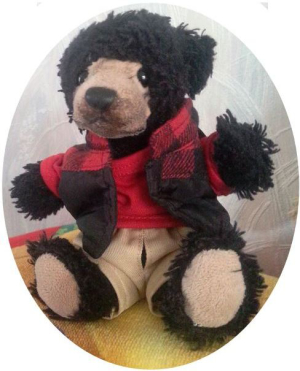 Tedz loved his onesie. And he wanted to wear his Christmas candy-cane scarf all year. But now he has some posh new clothes and is happy to have a change. Here is is looking smart.

Wol is despairing! Tedz has been to Australia and sent back some very strange pictures - first a picture of Tedz up a gum tree and now Tedz is in the stocks! What has he been up to now? Wol wished he had been in Australia with some custard pies. Tedz would suffer so much! 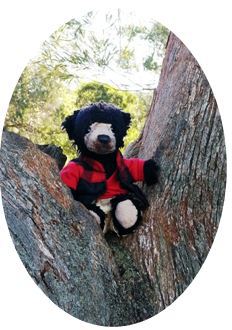 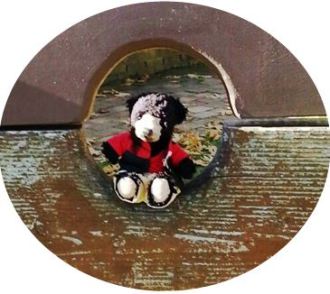