Nutmeg the Rabbit - his adventures and holidays 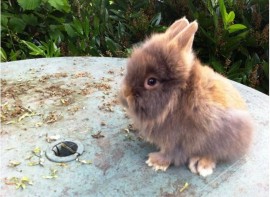 Remembering Cinnamon - a much loved friend.

The rabbits Nutmeg and Cinnamon joined our family on July 4th 2013. They said goodbye to their Rabbit Mum and set out to their new home at North Common - July 4th became their Independence Day! Sadly Cinnamon stopped running on 21st December 2013. Rabbit Nutmeg misses him very much - as we all do - and this picture is in memory of him.

This page will be filled with pictures of Nutmeg's adventures and below is a link to his diary where he shares news about his adventures, visits to the vets, holidays at Brambles Bunnies or his attempts to escape. 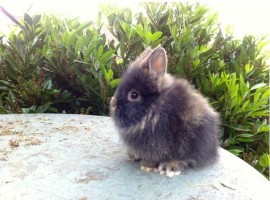 This is Nutmeg - he's handsome too!

Nutmeg came from Eloquence Stud at Keynsham where his mother Iris has been caring for him and his brother Cinnamon- with a little help from Lucy who was their human. He is a Lionhead rabbit and his parents (for those who like to know these things) are Engel and Iris. He was born on 8th May - which is a year to the day since our last rabbits, Chablis and Shiraz stopped running with us and passed over to the Great Warren.

Nutmeg is very keen to share news of his day to day dramas with everyone. He has a diary which will tell you news of his adventures. Do have a look - you can find it here.

Pip - the rabbit next door

Pip is the rabbit next door. She has found a hole in the fence and regularly comes to spend the day with Nutmeg in his cottage. Some nights she doesn't want to go home and the humans have to carry her back.