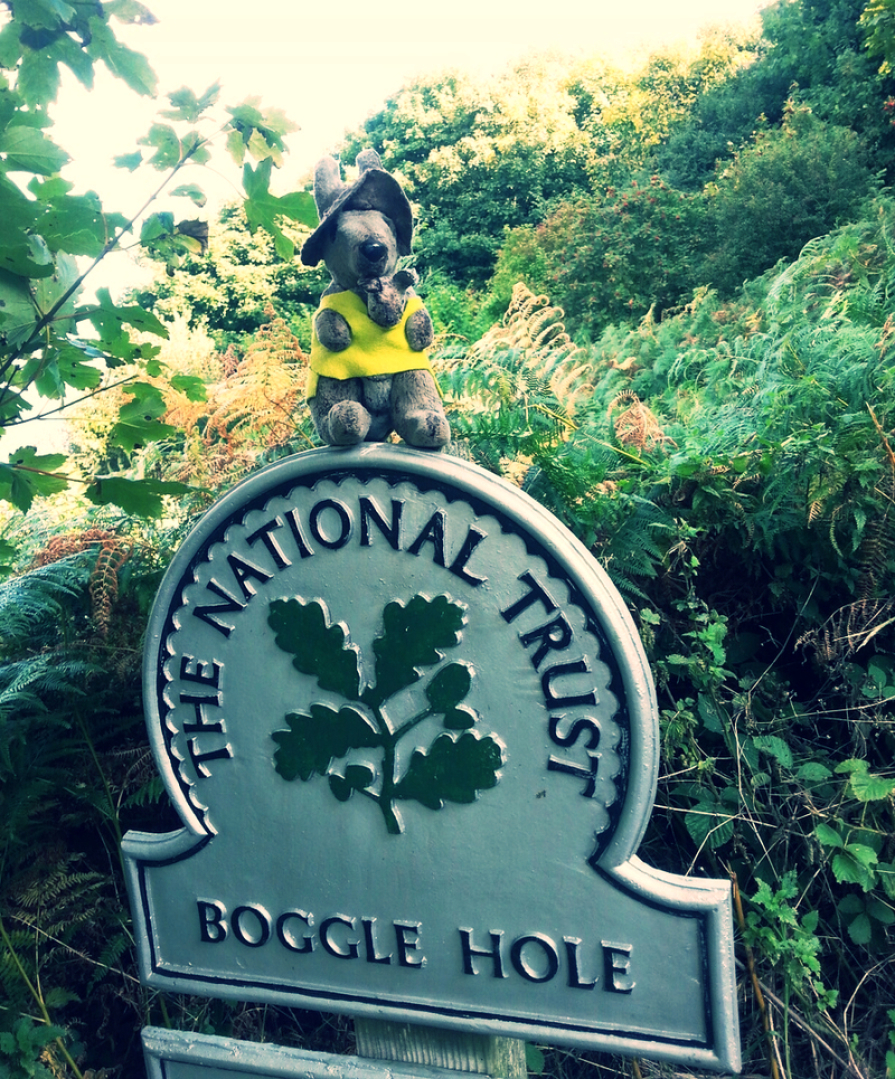 Our family has been to Boggle Hole. Somewhere in Yorkshire which is somewhere in the North of England. We stayed in a lovely house called Holly Cottage. It took a long time to get there but it was very nice when we arrived. We had all sorts of adventures – one day we went on steam trains and twice we went on the Trans-Pennine Express. Some of us went to York to visit the Minster, a National Trust house and, of course, Kanga visited Mallard in the railway museum.

It was a long way home and we are all very tired but we have decided we like Yorkshire and want to go back there soon. This page has some pictures of Boggle Hole and some of the things we did there.

All of our holiday was brilliant But we had some very special trips. There was Nunnington Hall where Wol got cultured while Tedz played Pooh-Sticks and Croquet. There was York Minster where Wol got holy and Tedz was bored. And then there were Kanga's trains - the North Yorskshire Railway, the museum in York (with Mallard). And, of course, tea-shops! Especially one where we sat by the river and fed the ducks while Big Beaver barfed.

Here are the special day pictures: